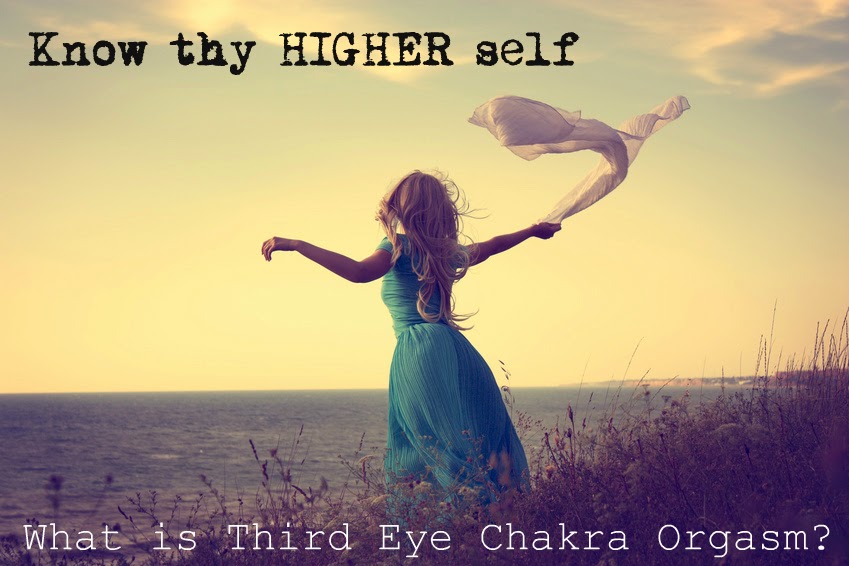 It's not easy being a first time author writing a book about something that's never had a book written about before. But that's what author Akasha Rainbow did with her new book What is Third Eye Chakra Orgasm: Opening and Awakening Human Potential. That's right, a book about orgasm that's in your head.
For author, Akasha Rainbow, the effort is definitely worth it."After I started experiencing them, I did an internet search, and found only a couple references to them in Kundalini circles. I found a reference to them in a book about high sex, but that was it. I think head orgasms aren't about talked but it's something that long time followers of the spiritual path just know." Since writing the book, she's discovered thousands of people around the world having white noise induced head orgasms called ASMR - Autonomous Sensory Meridian Response.
"The spiritual community and the ASMR community have existed separately for so long because head orgams aren't talked about openly because of the confusion with sex. No one says anything, because it's expected that once you get far enough along, you'll experience them for yourself, and then you'll know." For high achiever Akasha Rainbow, though, this wasn't enough. She wanted to make opening the third eye with energetic orgasms, an ultimate experience on the spiritual or ASMR path, available to everyone.
"It's not just for yogis and people living alone in a mountain or people who can't sleep. You see, I realised that there was a secret formula to being able to experience these high states of spirituality and times of enlightenment. It's that we have to be absolutely faithful to who and what we are, and absolutely true about ourselves both to ourselves and others. That's not the easiest thing to do though, if you don't know how, so I wanted my book to be that gift for anyone brave enough to try."
The challenges Akasha Rainbow faced weren't small. She's a single mother, living full time with kids, in the Australian bush, growing and making all their food. "I don't have much time," says Akasha. "Even meditating is something I have to really be lucky to have time for, and I have to forgive myself when I don't. It shows, I think, that with the simple meditations and practices I give in this book, a window to enlightenment is available to everyone, no matter where you are or what you do."
Another challenge is that because no one knows about third eye and pineal gland orgasms, no one thinks about reading a book about them. "Being energetically orgasmic is the most amazing feeling ever," says Akasha. "I would say it's even more fulfilling, when you have a third eye orgasm, than sex alone. Your whole soul is filled, as well as your body. How can you not want to know more about that?"
And so Akasha tried offering her book for free on Amazon.com for a week. "It was a great success," says Akasha. "A few hundred people downloaded it to read. That's heaps more than no one! All I hope is that now there's a few more people in the world who know about what's truly possible for humans, that number will grow exponentially. I hope that very soon, this is a subject that more people will be writing openly about! It's time to bring it out into the open, and out of the spirituality or ASMR sub-cultures."
The journey into the unknown doesn't stop now for Akasha. She's busy writing her second book, Lightworker Energy Healing: And Empowerment Manual for Authentic and Inspired Living. "Again," says Akasha, "it's a book about the mechanics of things no one really talks about. For me, it's the next continuation on from where 'What is third eye chakra orgasm' left off. That book raised as many questions as it did answers, and it's my life's work to keep showing ways to anyone willing to listen that they can have lives more amazing than they've ever imagined, too."
Although head orgasms are orgasms, you don't have to touch yourself says Akasha. "Definitely not! It's your body, so it's up to you, but energy orgasms are definitely able to be experienced separately from physical orgasms. In fact, it's sometimes easier that way because there's no distraction. Although taught in Tantra, energy orgasms don't have to be a sexual thing - they are an expression of ourselves at our highest potential. We can have the on the bus if we want to. Life can be orgasmic if we want."
So, if waking up to the third eye with orgasms were something you hadn't heard about until now, and it's something you want to try, as well as making your life totally out of this world awesome, perhaps Akasha' book, "What is third eye chakra orgasm? Opening and Awakening Human Potential" will be on your New Years reading list. 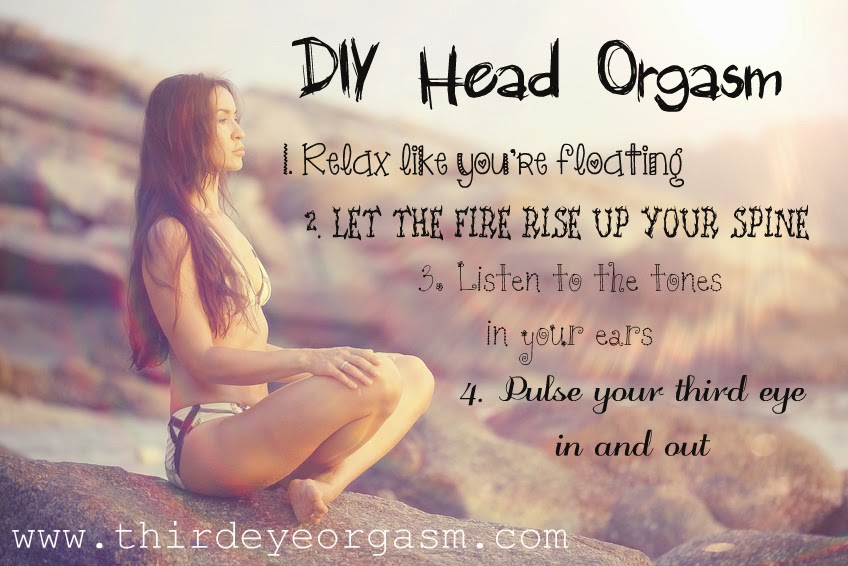